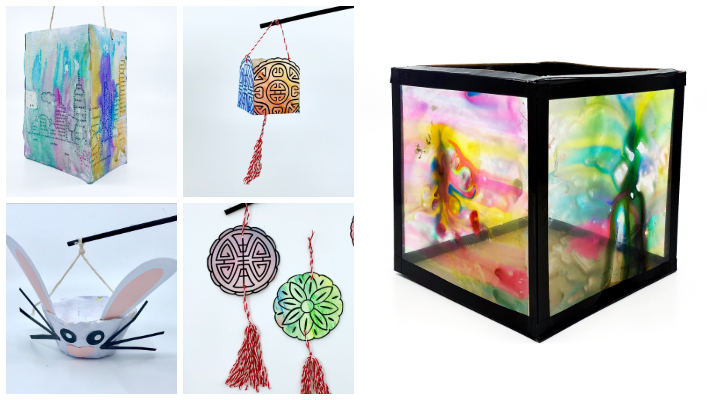 One of the biggest holidays in Hong Kong (and many Asian countries) is the Mid-Autumn Moon Festival—the night where the moon supposedly is at its fullest and brightest. Although I didn’t bring the Dumpling to the beach for the local lantern lighting event, we did make our own lanterns throughout the month leading up to the festival. The best part was lighting them up at night with my phone’s flashlight!

Out of all the lanterns, this was our favorite because of the colorful light shadows it casted.

To create the translucent paint, we mixed one drop of gel food coloring with four tablespoons of Elmer’s glue for each desired color. The Dumpling painted the mixture onto four square transparency sheets. 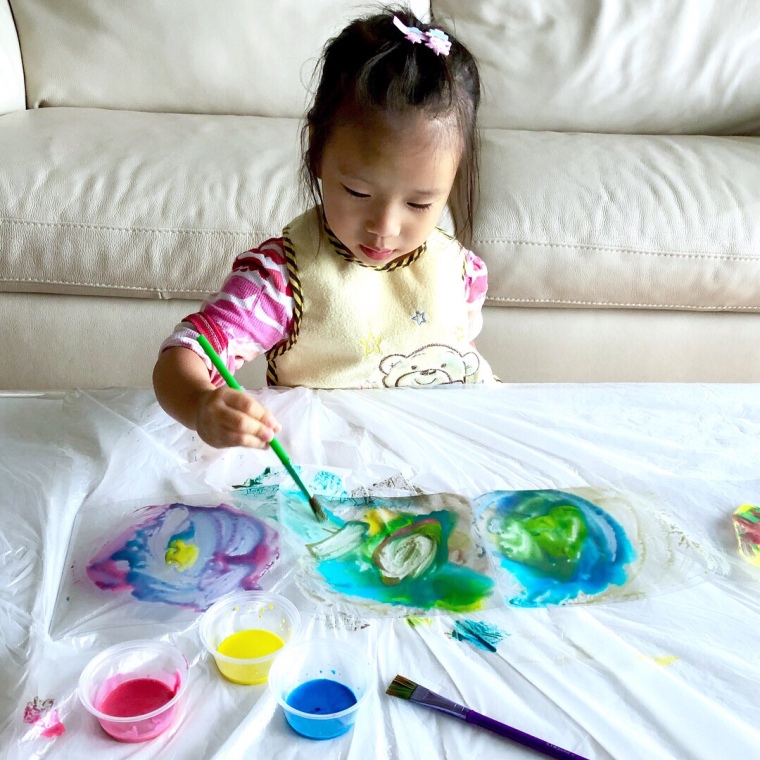 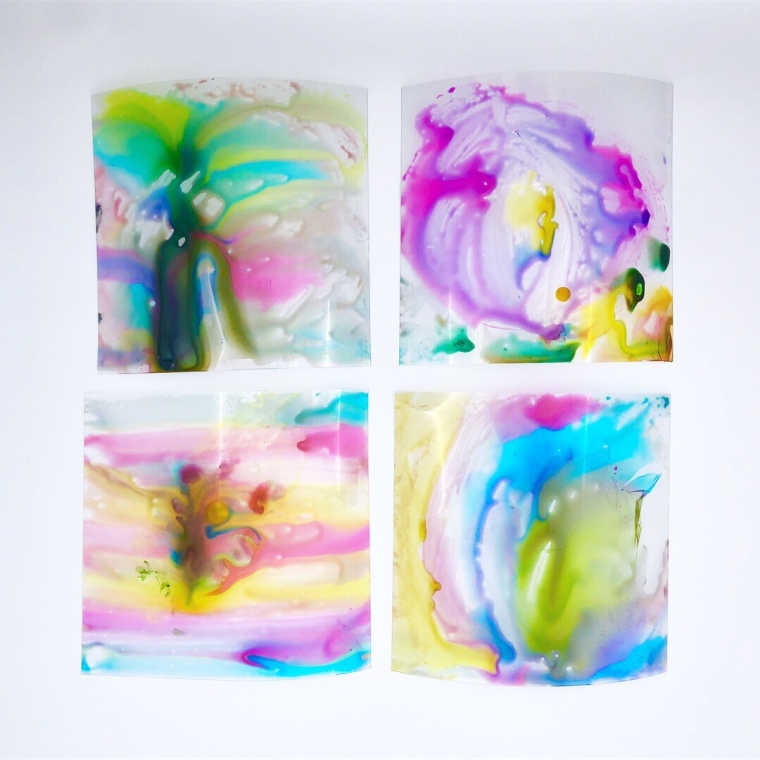 Once the sheets dried, I taped them together to form the sides of a cube. I also added a cardboard base to the bottom so it could hold my phone. We experimented with shining the light from different angles and were rewarded with so many colors! 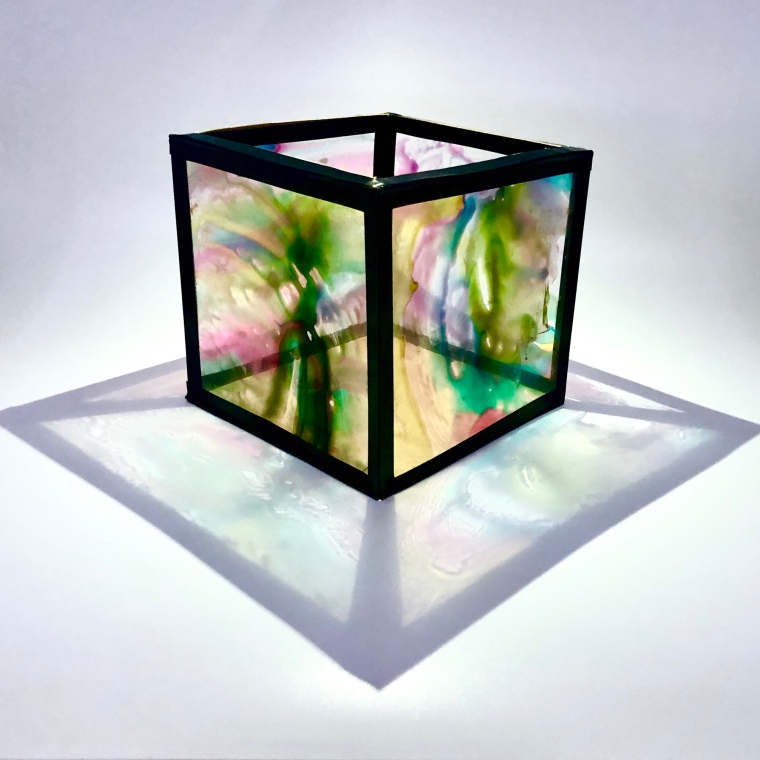 Using a stock image of the Hong Kong skyline, I laid the printout on top of a cardboard box and traced the outline by puncturing it with a pin. The Dumpling and I then applied a nice coat of watercolor onto the boxl. The lantern actually looked like a miniature version of the city’s skyline once lit!

The Dumpling had been practicing cutting with scissors, so we had a huge pile of paper strips that was perfect for making paper mache. We used a plastic bowl as the mold and glued on cut-outs of a rabbit’s eyes, nose, ears, and whiskers once the paper mache dried.

Why a rabbit? Because according to Chinese folklore, the shadows on the moon actually belongs to that of a bunny pharmacist living up there! 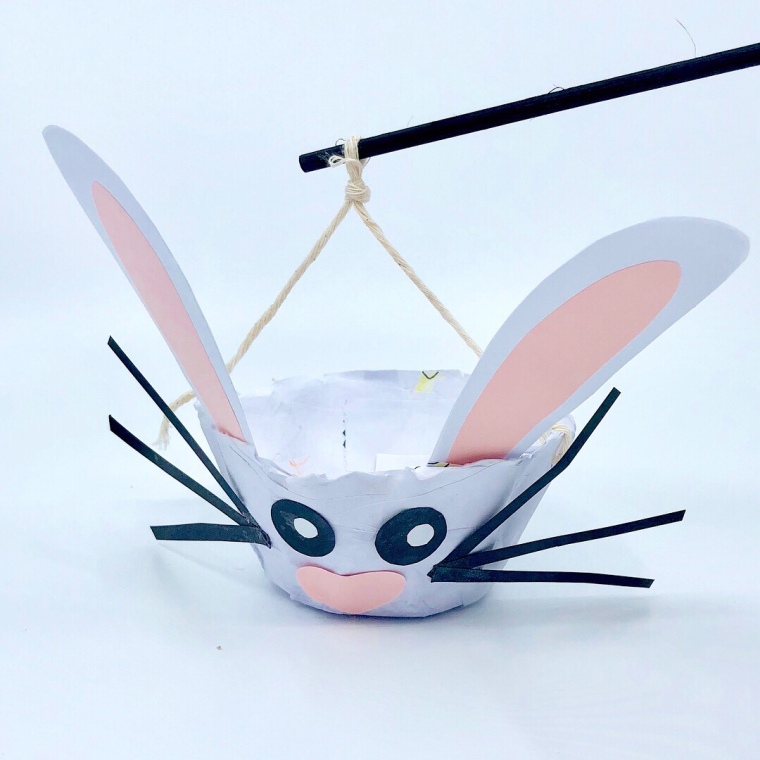 The Dumpling and I colored in these mooncake templates I found online—we ended up with so many that I glued together a few cutouts to make lanterns.

This was the only picture I snapped of the full moon. I was in such a rush that I didn’t realize half the moon was covered by clouds until I got home!