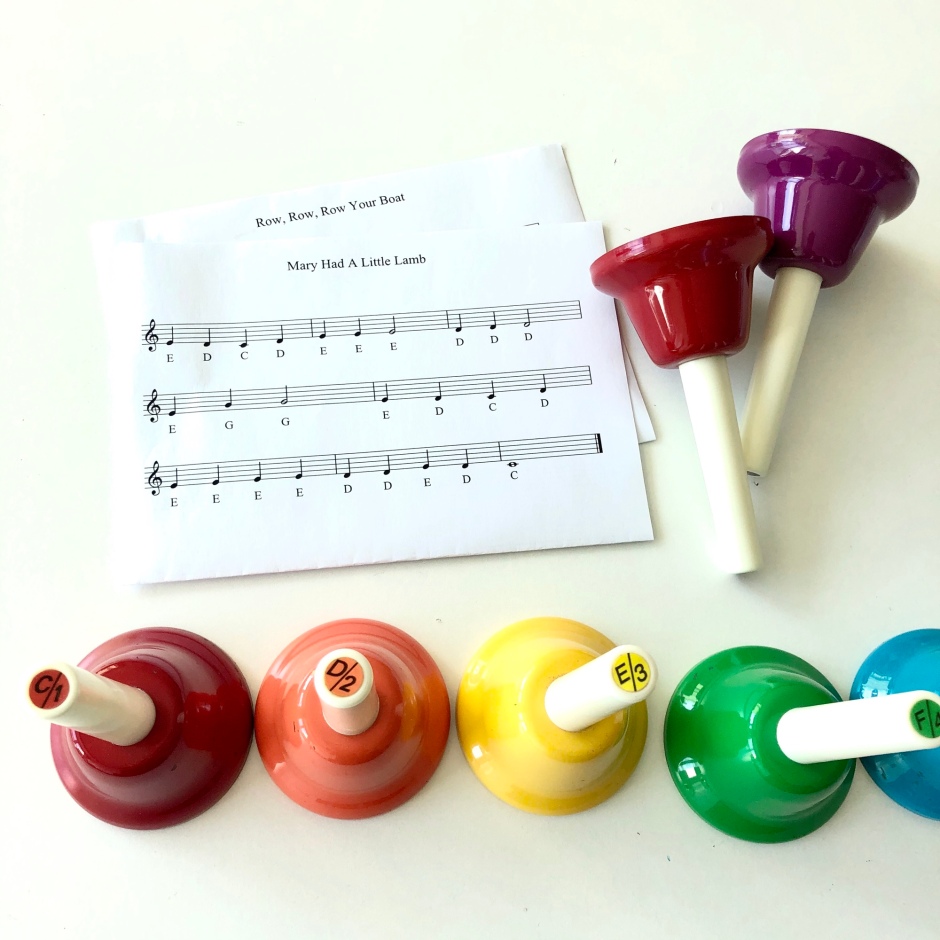 During the height of the Dumpling’s obsession with Baby Shark, I thought it would be a fun idea to teach her how to play the song on the piano. It was an idiotic move on my end because the main tune, which only consist of four notes on repeat, was even more annoying without lyrics…especially when played incorrectly, as my then three year old did regularly.

The Dumpling was only interested in replicating the melody, so I helped her identify the keys by writing the name of each note, starting with middle C and ending with high C, on painter’s tape and taping them onto the keys. Our “lessons” were unstructured, a few minutes long, and on an impromptu basis. My goal was to expose her to music, not formally train her. Repetition was essential. For the first month, I listened to her play Baby Shark on repeat until my ears bled.

Luckily she also learned Twinkle Twinkle Little Star to give me a bit of variety.

Her enthusiasm for the piano soon stopped just as suddenly as it started, and a year would passed before we made music together again. This time around, her instruments of choice were an out-of-tune toy xylophone and a set of handbells. With a little refresher, it was not long before I found the same two songs on an infinite play loop again.

The Dumpling claimed that she could actually play five songs because The Alphabet Song (ABCs) and Baa Baa Black Sheep share the same tune as Twinkle Twinkle Little Star. While technically true, it was nevertheless a good time to add new ones to her repertoire.

Handbells: I found handbells easier to work with than the piano. First, they look more fun and can be either rung or struck with a mallet (although the sound is a bit muffled). In addition to the labels on the handle, the different colors provide an easy identifying visual. Finally, because the Dumpling must deliberately select a bell and ring it, this prompts her to be more careful. The biggest downside, however, is that we are limited to working with only eight bells.

Using the bells in practice exercises, we shuffled and arranged them in proper order. We also compared the sounds of two or three randomly selected bells to determine which was lower or higher. Our collaborative playing, where the Dumpling and I took turns being responsible for ringing different notes, was probably my favorite part. For example, she would have bells C and D while I would have E and G on Mary Had A Little Lamb, then we would switch off on the next round.

Noteflight: Most of the music sheets I found were too complicated for what we were trying to do, so I re-arranged my own using Noteflight. I kept only the notes (I also included note values, but have not gone over the concept with the Dumpling yet) and the corresponding note names. Everything was enlarged and spaced out for easier reading. The premium version of the website also provides color coding, but I opted to only use the free version.

I am not sure how long this round of the Dumpling’s musical aspirations will last, but I might as well make the most of it. In the meantime, if you cannot beat them, join them! “Baby shark, doo doo doo doo doo doo…”