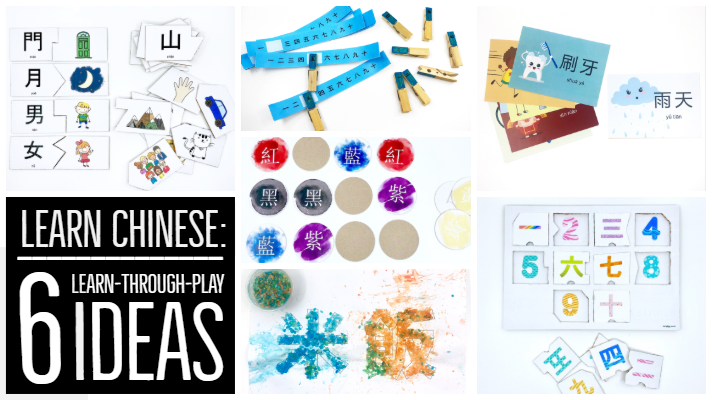 I did not think it would happen so soon — the Dumpling is now learning Chinese words in school that is beyond my elementary knowledge of the language. Frankly my exact reaction when I saw her second semester vocabulary list was “WTF?!”

While she is not expected to write at three years old, her current curriculum requires her to recognize characters. Feedback from the school’s initial progress report stated that she “needs more practice”.

I dislike the competitiveness, methods, and intensity of the Hong Kong school education system (her current kindergarten is actually considered lax by local standards), so I am unwilling to deploy any tiger parenting tactics that would add additional pressure. That means I do not intend to enroll her in after-school tutoring or various extra-curricular courses so she can “get ahead.” I believe that learning at her age should be done seamlessly through play; anything extra should be purely based on her interest level. For example, I will only sign the Dumpling up for additional classes because it is an activity she loves to do—not something I want her to learn.

My challenge, therefore, is integrating Mandarin into our daily routine without making the process feel like a “lesson.” Despite living in Hong Kong, English is the primary and dominant language in both our household and expat community, so Mandarin is actually a very foreign sound. In order to do that, however, I first have to learn the words myself. Google Translate has been my BFF, and I have been practicing the activities below alongside the Dumpling (and pretending like I know what I am talking about).

I made flash cards and taped them on relevant or highly visible places around the house. For example, 花朵 (flower) was taped right next to my vase of flowers and 牛奶 (milk) was taped on the fridge. Sometime we would play a “scavenger hunt” for the words or we just pointed to them as we went about our day. Those few seconds of daily exposure added up — by mid-semester, the Dumpling’s progress report improved to a “well done!”

I made coloring pages of her vocabulary words in PowerPoint, which can be done with just a few clicks!

Instead of using just markers and crayons, below are few ideas to keep the activity fresh by “coloring” with different materials.

Below are a few other learn-through-play activities I have done with the Dumpling in the past:

Self Correcting Puzzle with Vocabulary Words

The Chinese characters used in the puzzle correlate with the vocabulary words from her Semester 1 vocabulary list.

I created this puzzle to help the Dumpling recognize Chinese numbers and associate them with their Arabic counterparts.

This was another puzzle to help the Dumpling get familiarize with Chinese numbers. When we first started the activity, the Dumpling actually lacked the coordination and strength to pinch the clothing pins open, so clipping them on became an exercise in itself.

To play, lay the pieces with their backsides facing up. Flip over two pieces on each turn with the goal of finding two matching colors in as few moves as possible. Again, I do not expect the Dumpling to read just yet; I just say the colors aloud as we play. We initially started with only two colors and have currently built up to six. 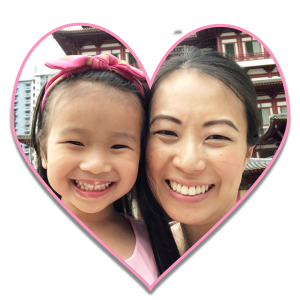 The red envelopes that I used for Chinese New Year came in these beautiful packaging that reminded me of small clutches/purses. (One even had a flap that resembled a clasp!)
CHERRY BLOSSOMS. Or something like it... the Dumpling went rogue on her version and added all sorts of random decorations like it was a Christmas tree. 😅
TUNNEL BOOK I made a tunnel book to retell how the animals of Chinese zodiac came about based on the story of The Great Race. In order for the pictures to come together, the animals need to be arranged in the correct order. (I sense a fun story sequencing activity in the horizon!)
Furthering our study of the human anatomy, the Dumpling and I made a skeletal imprint on playdough to identify the major bones in our body.
DIY OPERATIONS GAME. Today we operated on a bear made out it gelatin, nuts, and pasta to learn about our bodies’ internal organs.
AQUAFABA.
Every year I turn the Dumpling’s handwriting into a font as a way to archive her penmanship.
RAINBOW SKIES with Crayola chalk and craft paint.
DOUBLING. We dotted paint on one side of the ladybug and folded the paper to create a mirrored image.
PARTY BLOWERS to complete ringing in the new year.
Loading Comments...
Comment
×
<span>%d</span> bloggers like this: